“Were you on the summit?” Actually, this question should be easy to answer. After all, common sense whispers that the summit is where you can’t get higher. But there are vagaries of nature. Not every mountain is shaped like a pyramid, with a clear peak. In seven years of research, a team led by Eberhard Jurgalski, the German chronicler of high-altitude mountaineering, has investigated three of the 14 eight-thousanders which, due to topographical conditions, have repeatedly been misjudged by climbers: Annapurna, Dhaulagiri and Manaslu. “It is clear now after all this research and communication that many mountaineers, including some well-known ones, have definitely failed to reach the very highest points on one or more of these mountains, ” writes Eberhard on his webside 8000ers.com.

Take Annapurna, for example: Based on high-resolution satellite images, the German Aerospace Center (DLR) made available to Jurgalski and Co. a profile of the Annapurna summit ridge, which is more than 300 meters long, with centimeter-accurate data on the elevations. There are some of them: besides the “real” 8,091-meter-high summit more than a handful of cornices, which could be and partly in fact were taken for the summit. One of these points is only a few centimeters lower than the summit, while the difference on another is almost 27 meters.

END_OF_DOCUMENT_TOKEN_TO_BE_REPLACED

“I have never been so scared as I was on this mountain”, says Herbert Hellmuth about K2 in the Karakoram in Pakistan. On 25 July, at three o’clock in the morning, still in the dark, he stood on the 8611-meter-high summit of the second highest mountain on earth – and wanted to descend again as quickly as possible: “At the summit a really strong wind blew, and it was accordingly cold: without wind chill between minus 30, minus 35 degrees. When the wind whistles, you are quickly at minus 40, minus 50 degrees. Then, if the camera isn’t frozen, you take two quick pictures and make sure you get away as soon as possible.”

Especially the so-called “Bottleneck”, a narrow couloir at about 8,000 meters under a hanging glacier, made him afraid, Herbert tells me: “You’re standing under this serac and see chunks of ice as big as cars in front of you. And you know very well that they fell down recently.” He managed to “put his fear aside”, says the 50-year-old. He simply had no alternative. “I thought to myself: the others also ran up there yesterday. Nothing will happen.”

END_OF_DOCUMENT_TOKEN_TO_BE_REPLACED

Romanian top climber Zsolt Torok has fallen to his death. Last Saturday, the 45-year-old was found dead on the 2,535-meter-high Negoiu, the second highest mountain in his homeland. His wife had reported him missing after not hearing from Zsolt for three days. The two had only married in mid-July. Torok was alone en route  in the Fagaras Mountains for training. The rescuers, who found his body, suspect that a boulder on which Zsolt stood had come loose in the fragile rock and dragged the climber down with it into the depth.

“Zsolt was the most experienced and strongest of us,” wrote 29-year-old Romanian Vlad Capusan, who was on several expeditions with Torok, on Facebook. “He didn’t see mountaineering as a sport, but as a lifestyle where you get better with each expedition and bring a valuable story to your fellow human beings. For him, it was never about conquering summits or breaking records, but about spiritual fulfillment on the journey up.”

END_OF_DOCUMENT_TOKEN_TO_BE_REPLACED

That would be really harsh. Perhaps the Nepalese climber Nirmal, called “Nims” Purja cannot complete the third and final phase of his “Project Possible” as planned due to insurmountable bureaucratic hurdles. The 36-year-old former soldier of the British Gurkha Regiment has so far – as reported several times – despite some adversities been on his schedule to scale all 14 eight-thousanders within seven months. After he and his team “ticked off” eleven eight-thousanders in an unprecedented tour de force in spring and summer, Nims wants to tackle the missing three peaks in the upcoming fall season: Manaslu in Nepal as well as Cho Oyu and Shishapangma. The last two eight-thousanders are located in Tibet – and that’s exactly the problem. I have learned from several trustworthy sources that the Chinese-Tibetan authorities are unwilling to issue any permit for Shishapangma this fall,  allegedly for security reasons. The 8,027-meter-high mountain, the lowest of the 14 eight-thousanders, would thus remain closed for this season.

END_OF_DOCUMENT_TOKEN_TO_BE_REPLACED

I’m back again. For two weeks I actively relaxed – in the mountains around Oberstdorf. Here are a few impressions: 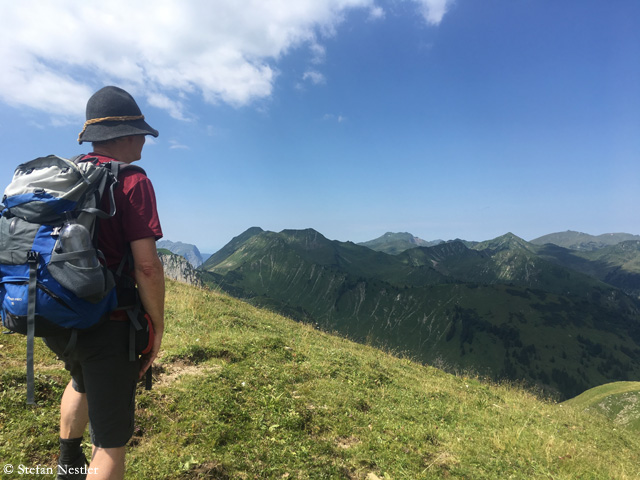 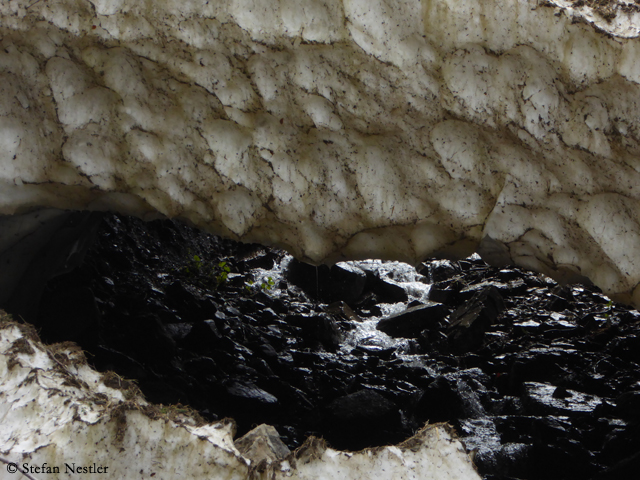 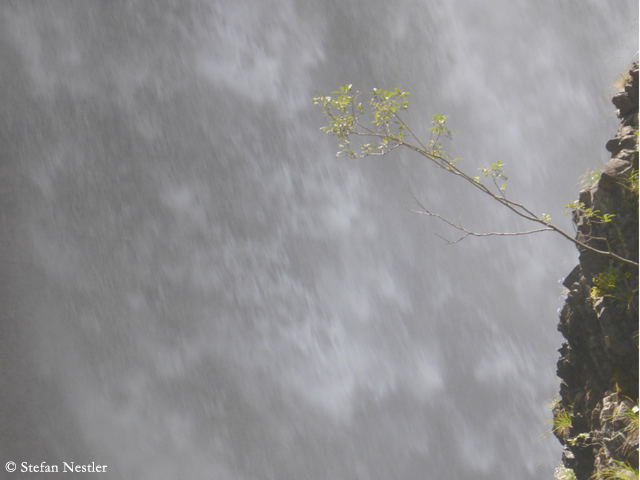 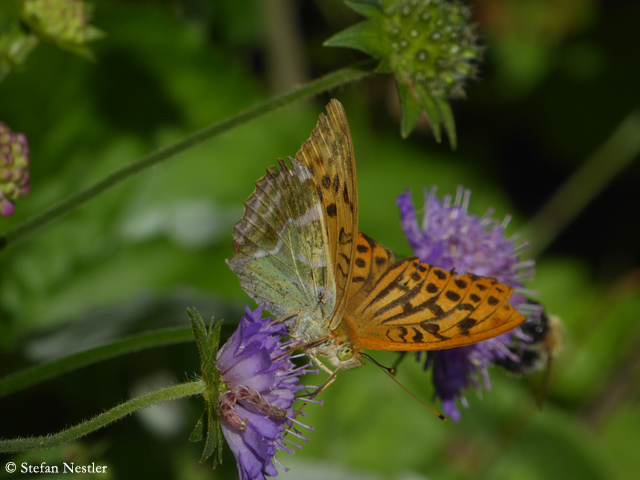 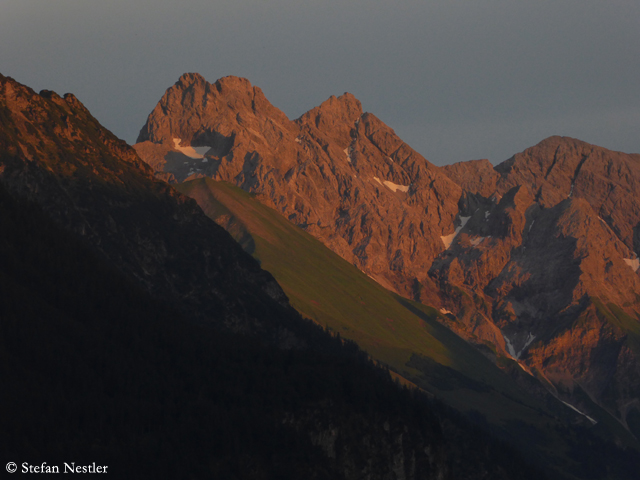 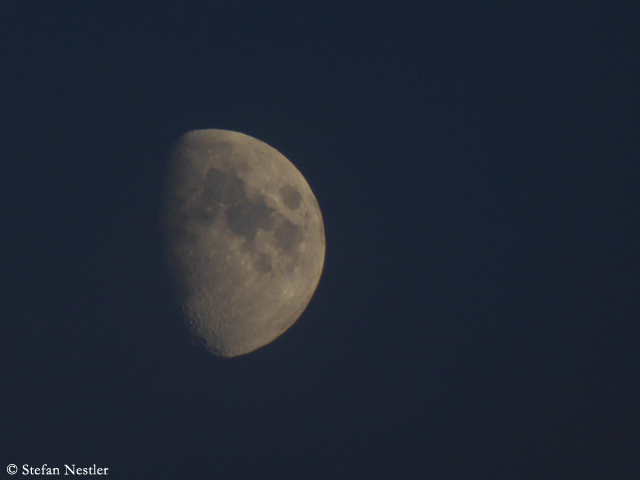 She is a late bloomer as climber, but one who then hit the ground running. Only in 2012, at the age of 22, did Anja Blacha buy her first mountain boots for a holiday trip to Iceland. At the beginning of 2015, she scaled the 6,962-meter-high Aconcagua in South America, her first of the “Seven Summits”, the highest mountains of all continents. By the end of 2017, Anja had completed her collection with the ascent of Mount Vinson in Antarctica, 4,897 meters high. In the same year she had also summited Mount Everest, from the Tibetan north side, with bottled oxygen. At the age of 26 she was the youngest German woman to reach the highest point on earth.

She could lose this “record” one day. But she will always be the first German woman to scale the second highest mountain on earth: Almost two weeks ago, on 25 July, the now 29-year-old stood on the 8611-meter-high summit of K2 – without bottled oxygen. At the beginning of July, Blacha had already scaled the neighbouring eight-thousander Broad Peak (8,051 m) without reathing mask. And she has planned another adventure for this year: She wants to reach the South Pole on skis, from the Antarctic coast.

Anja Blacha grew up in Bielefeld in North Rhine-Westphalia. Now she lives in Zurich. There she works in the management of a Swiss telecommunications company. When she returned from Pakistan, she answered my questions.

Anja, first German woman on the K2 – how does this feel for a mountaineer whose roots lie in Bielefeld, which is just 118 meters above sea level?

END_OF_DOCUMENT_TOKEN_TO_BE_REPLACED

“Denis did it. He’s already in camp 1. He’ll be back in base camp tonight.” With this message the Spanish climber Maria “Pip” Cardell made the scene be able to breathe a sigh of relief. On Wednesday evening, Denis Urubko had set off from Camp 1 at about 5,900 meters to climb the 8,034-meter-high mountain solo, without bottled oxygen, on a new route and then descend via the normal route.  Urubko had wanted to climb up an down in one push, without a bivouac, in order to be able to climb as light as possible. Since then, nothing had been heard from the 46-year-old Kazakh, who now has a Russian and a Polish passport.

END_OF_DOCUMENT_TOKEN_TO_BE_REPLACED

The award is something like the “Oscar of Climbers”. The Piolet d’Or is awarded year after year for outstanding climbing achievements on the mountains of the world. When this year’s golden ice axes are presented at the “Ladek Mountain Festival” in Poland on 21 September, two of the winners will no longer be able to receive them personally, but will have to be represented by family members or friends. The Austrian top climbers David Lama and Hansjörg Auer had died in an avalanche on the 3,295-meter-high Howse Peak in the Canadian Rocky Mountains in April, as had the 36-year-old American Jess Roskelley. David was only 28 years old, Hansjörg 34.

END_OF_DOCUMENT_TOKEN_TO_BE_REPLACED

Support the work of the Himalayan Database!