Will the four-year-old Mateo Messi or Cristiano Ronaldo junior, aged nine, one day enchant the football world like their famous fathers? Quite possible. The two sons of the superstars Lionel Messi from Argentina and Cristiano Ronaldo from Portugal already showed a remarkable feeling for the ball as little children. But that they really follow in their fathers’ footsteps is by no means guaranteed.

Simon Messner, son of the legendary Reinhold Messner, didn’t even want to know anything about mountaineering. “The subject was too present in my family, too commonplace,” the 29-year-old explains on his website the astonishing fact that he started climbing only as a teenager. In addition, Simon was afraid of heights, which had to be overcome: “Don’t fall, then nothing can happen, was my motto. It has remained so to this day.”

Today Simon regularly goes into the mountains and also on expeditions: Last summer he achieved two first ascents of six-thousanders in Pakistan. Simon Messner actually studied molecular biology, but then switched “from the microworld of molecules back to the macroworld of mountains,” as he says. That doesn’t just include climbing. With his 75-year-old father Reinhold, Simon Messner also makes documentary films in and about the mountains.

Simon, do you currently see yourself more as an alpinist or as a filmmaker?

At the moment, I see myself both as an alpinist and as a filmmaker, whereby alpinism is clearly my passion. Filmmaking is also a challenging task and in some ways my job, but it’s very different from climbing itself. Reinhold’s  and my film company “Messner Mountain Movie” is a very small one and we do a lot of the work ourselves, sometimes it can be stressful.

In addition, there are the two mountain farms Ober- and Unterortl in the South Tyrolean region of Vinschgau, which I received from my father. These farms – a wine business and a classic mountain farm – must now be developed together with the tenants,  a future model must be found. I would like to interlink the two farms more in order to close the ecological cycle (as good as possible in the mountains).

What is for you a real mountain adventure?

That’s a nice question, especially because I have the feeling that lately some of the publicly sold “mountain adventures” seem somehow staged – not all, of course, but some of them, unfortunately, do. Today I find it hard to say who is really “good” and who can only tell good stories. The internet makes this possible today. It has become difficult to keep an overview.

For me personally, it depends on what experiences I bring home with me and not primarily on what level of difficulty I climb in which time. That’s pure sport, and that doesn’t interest me. But everyone can and should be able to do what he or she wants to do in the mountains, as long as they don’t “retrofit” existing routes, for example by drilling them, and don’t harm others in the process. I like very much the idea that the mountains are an “open space”. This is a great value that we must preserve.

In summer 2019, you achieved  in Pakistan the first ascent of the 6200-meter-high Toshe III, climbing solo. How did you feel about the special challenge of ascending into unknown terrain alone?

First I have to say that the line I chose for the ascent of Toshe III is not too difficult. However, this line was dangerous during my ascent because there was a lot of loose snow on the slopes. In this respect I risked a lot. At the beginning we wanted to climb with four of us, but this seemed not reasonable due to the high avalanche danger. So I decided without further ado to make a solo attempt: “Let’s see how far I can get” was, as so often, my intention. I left early in the morning and climbed quickly to take advantage of the cool temperatures of the night. Actually, one person affects a snow slope less than four climbers do. In the end I reached the summit and came back down safely, that is the most important thing.

Climbing in unknown terrain is always associated for me with a certain tension. There is no one to give you a direction, and there are no hints from previous rope teams. So I am automatically challenged, because every decision that has to be made is exclusively up to me.

Your subsequent first ascent last summer was a team effort: With the Austrian climber Martin Sieberer you scaled the 6,718-meter-high Black Tooth in the Mustagh Tower massif in the Karakoram – in bad weather. Did you have to go to your limit or maybe even beyond?

On this ascent we had unusually good weather in the two weeks before. After we had acclimatized, we wanted to use this weather high for our ascent. But as so often, it turned out differently than planned and we got into bad weather on the summit day. We knew that we would not have been able to descend or abseil safely above our ascent line. The ice was simply too bad to abseil down on Abalokov threads. So we had to take the path over the summit to descend towards the west. So we started our descent from the summit immediately to avoid getting stuck in the fresh snow.

Since we had left our tent for weight reasons, we were forced to descend directly to the base camp. At the end we were so tired and unfocused that we almost flew out of the wall with a piton breaking out. Martin almost fell into a crevasse. In retrospect this mountain tour was a very important experience for both of us and we learned a lot. Now I know that the human body can be a machine when it really matters.

You are the son of the most famous mountaineer in the world. To what extent have you been influenced by your father’s mountaineering ethics?

Well, I have to live with that fact whether I like it or not. It can be very annoying to always be compared, but by and large I have learned to deal with it. And of course my father’s attitude has shaped me, there’s no question about that. Also because I do this kind of climbing and mountaineering myself, I am convinced that the key to future alpinism lies in reduction. Otherwise there will soon be no more challenges or room for adventure for us alpinists. That would be a damn shame, and basically we climbers are shooting ourselves in the foot.

Many children of famous parents do something completely different in order not to be constantly compared with their father (or mother). How do you deal with your father’s great alpinistic footprints?

I know I should have started playing chess, then life would be easier! 😉

No, seriously: I have learned from the fact that I am and always will be the “son of…” to deal with it and to live my alpinism. I am by no means a top alpinist, but rather a climber by passion – nothing more and nothing less.

I go climbing when I find the time. And I don’t care whether anyone is interested or not. Maybe this attitude also has to do with the fact that I know exactly what it means to be in public and I don’t necessarily like being in public. Now and then that has to be, especially in the context of our film work. Apart of that I live and enjoy a quiet life away from the hype.

What are your plans for this year?

At the beginning of winter I did a lot of ice climbing in the Alps, then I traveled to Oman for rock climbing. I have always been fascinated by the many possibilities that mountaineering offers. All disciplines have a certain appeal for me, be it ice, combined or rock climbing.

Well, I have nothing big planned for this year, I like to be spontaneous and be inspired by the current conditions. For the summer I have some possible lines in the Dolomites in my mind. Apart from that I want to take our current film projects further. As for the coming years, I have possible first ascents in Eastern Tibet and Pakistan in mind. So I will certainly not get bored.

Are the eight-thousander an issue for you?

Not really. For me, these mountains have lost their appeal because they are simply overcrowded. I can’t imagine me sitting at base camp with hundreds of other people. What attracts me much more are the many unclimbed six- and seven-thousanders in the Asian mountains. There is still a lot to do. 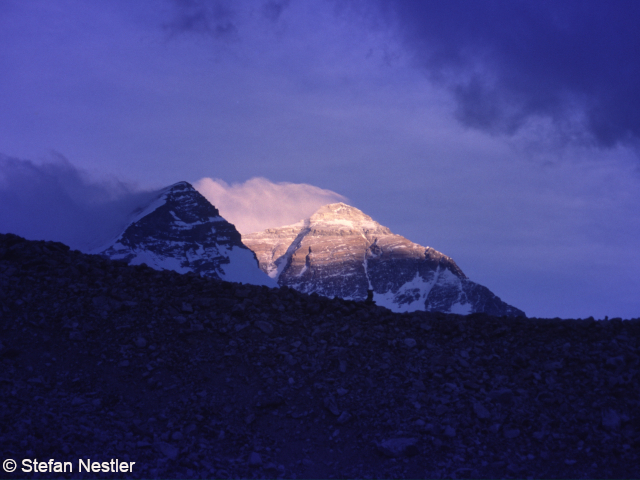 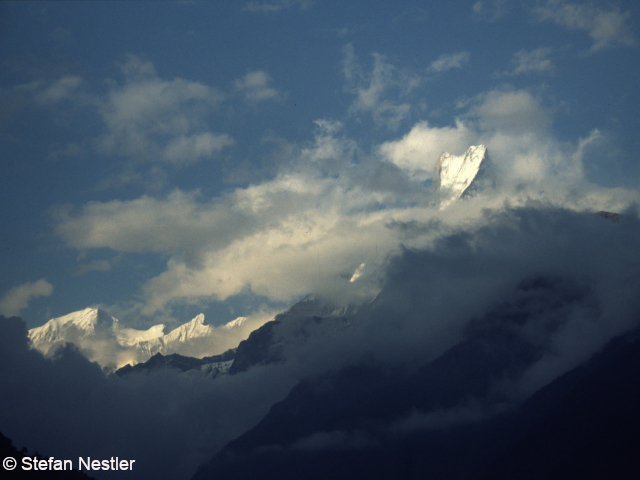 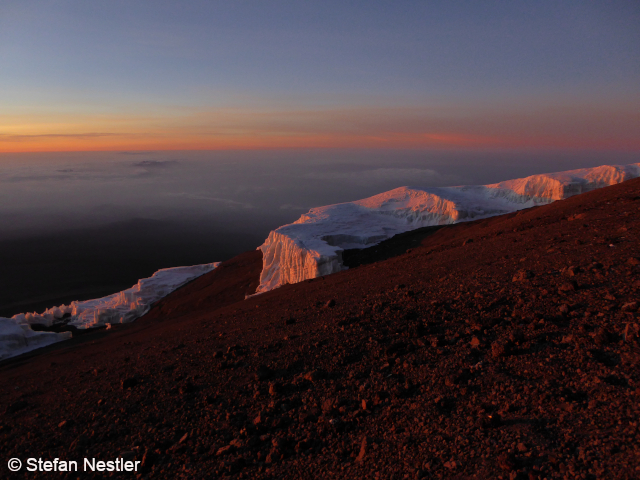 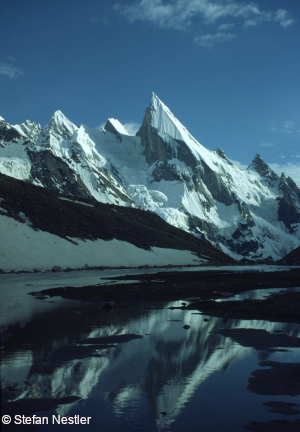 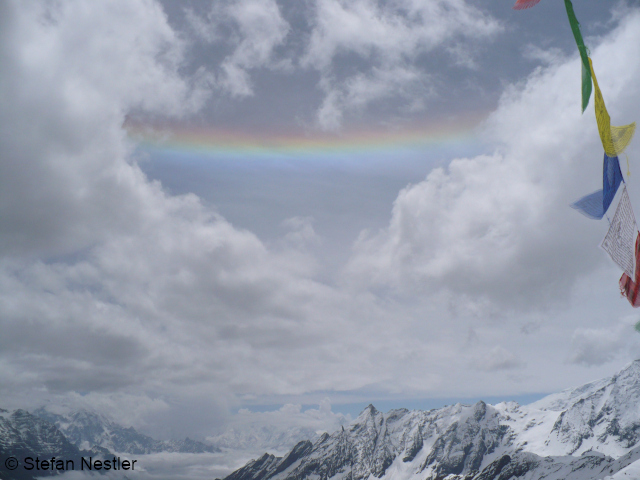 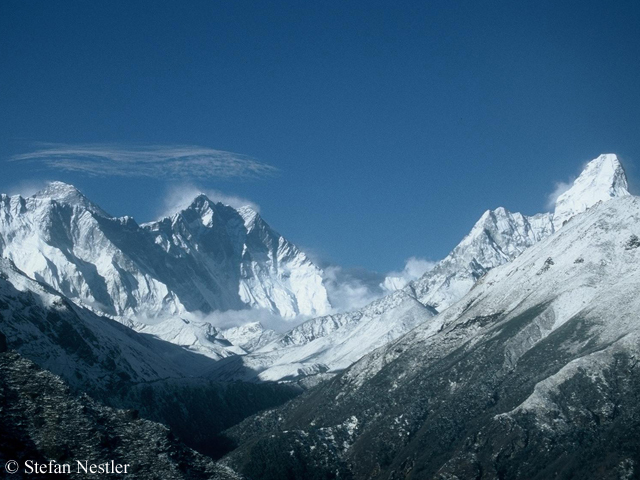 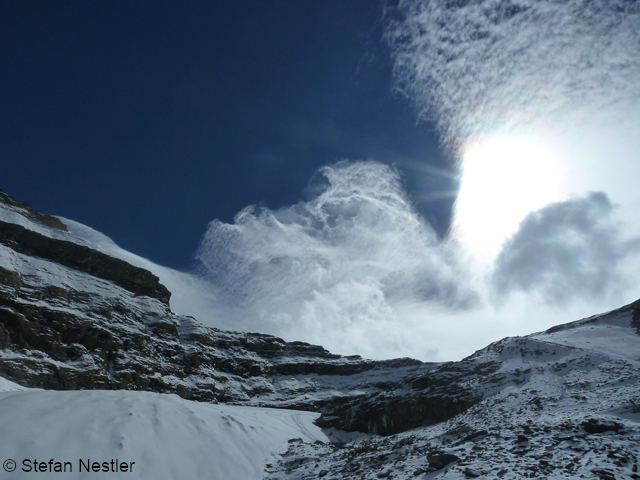 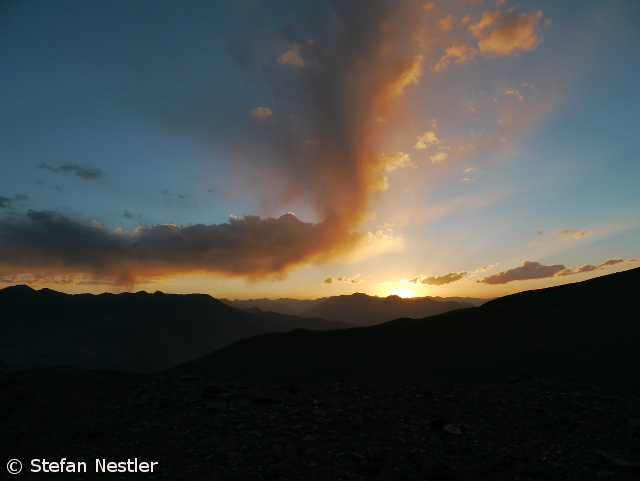